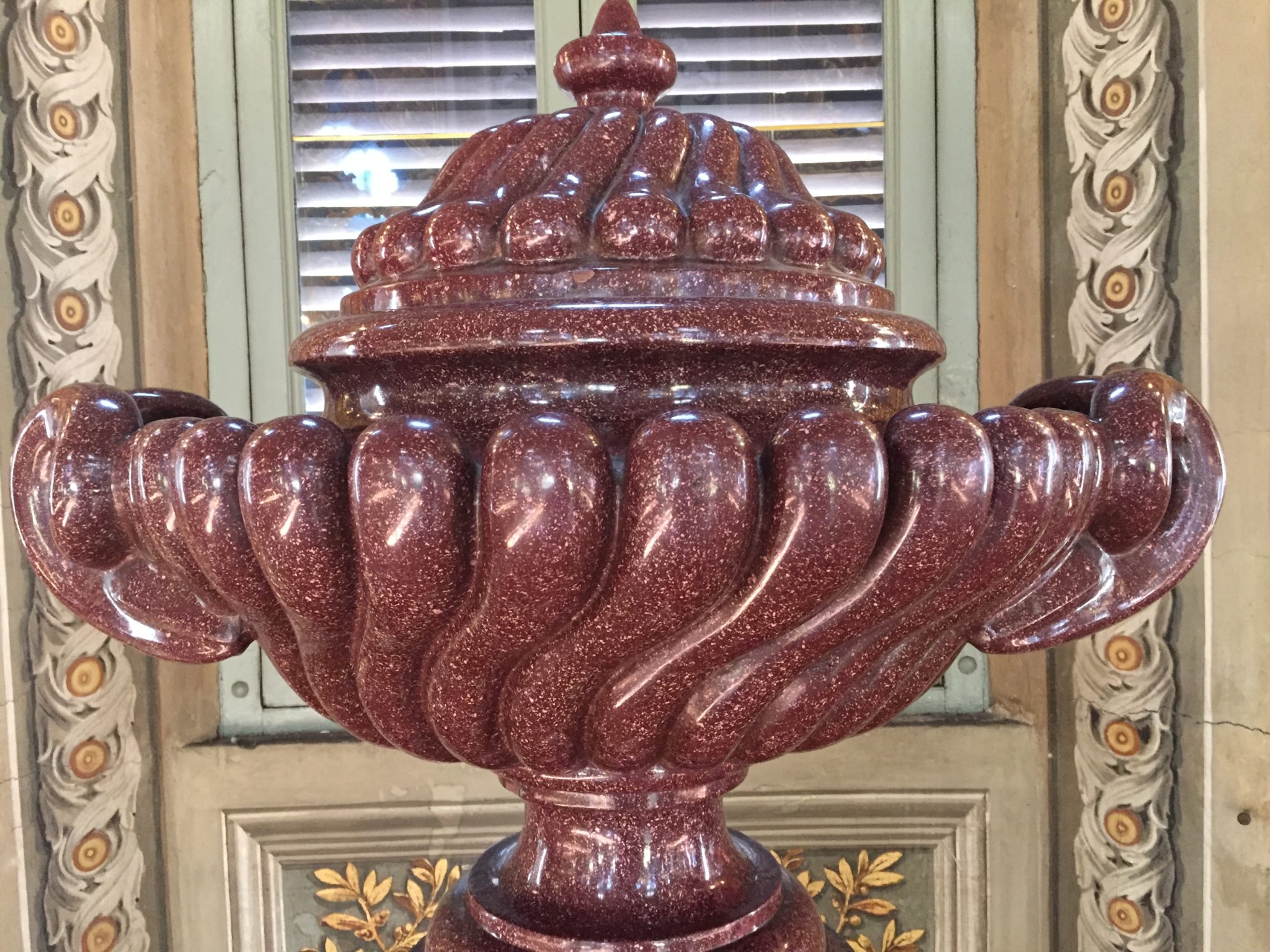 I came to visit Rome on Honeymoon and thought what a great place it would be to relocate from England to Rome as an ex-pat and still work as an SEO. We stayed at Trastevere behind the Tiber river.

Currently, I am a Level 5 seller on the Freelancing website People Per Hour which I have been a member since 2009.

Established decades ago in 2008, read about my sales background and SEO experience on my About Page.

Based in Somerset, England I’ve been training business owners on Google rankings and how to SEO a website over Skype for 5 years, delivering in-house training days for 10 years in January. I’ve trained an entire web design department over in Ireland, a UK Nationwide Sporting Goods company, and a wide range of SME’s and sole traders so you’re in good hands.

Thinking about the countries I have clients in, there’s Ireland, Scotland, Thailand, Germany, America (Several USA states), Lanzarote and Greece to name a few.

I enjoyed the walking tour so much I thought I’d share my favourite highlights from when we started at the Piazza del Popolo (People’s Square).

Most of Rome’s white marble was sourced at Rimini 400km away. Rare Red granite at the old basilica St. Paul’s.

A few notable names: Famino, Michaelangelo and Bernini. Bernini featured heavily in the history of Rome’s architecture and design. There were 2 sculptures that the Pope at that time didn’t like.

The entrance to the Piazza del Popolo features 2 statues – St. Peter holding keys to heaven and St. Paul with a sword which is how he died. The shield is from Pope Pius 4th Maximus, there’s 6 balls which is a recurring theme plus the family crest.

2 towers demolished 300 years after Michaelangelo built them, door from the inside, Alexander 7th new Pope called in a new architect: Bernini.

Sweden queen Christine lots of culture wanted to leave to live to Rome lifted up on chair 1655, Saint Mary of the people has 8 balls on her sculptures and features.

“Nasty” Nero was the awful emperor who stabbed his mother, poisoned his sister and set Rome on fire. He committed suicide didn’t get a burial .. his ashes allegedly spawned a big nest of crows he’s that bad.

Chapel Raphael painting on left, 811 French invasion by Napoleon, Biggest square of Rome with the Goddess Rom she wolf feeding the 2 boys who were cast into the river to float downstream.

I Pini Park built by the family museum or Borgessa family more by Raphael and Bernini. As a very popular tourist attraction it can take 2 weeks to get a ticket so buy early!

Neptune trident half men half fish at his side – God of the sea. Others depict 6 hills and an 8 point star Christian cross

Egyptian obelisk. Augustus Mark Anthony /Cleopatra and he bought it over after winning the war over Egypt as his spoils. He stole 13 in all this is the biggest in Rome. Erected in the 1st century BC and 4,000 years old (been in Rome 2,000 years)

There’s even the Pharo on the hieroglyphics at the base still.

2 churches twins where Rainildi started and Bernini finished it. 3 streets leading out from the square is referred to as the trident neighbourhood. There used to be horse races held here, however when a child got killed the Queen banned it.

2 roads go to the Spanish steps and the 3rd to the Trevi Fountain.

3 villa de repetir. Richard Mayor in the 1990s new building. Tomb first Roman empire red Augustus which was the highest building in Rome at the time, 29 before Christ. All white covered in marble and the last guy who used it was Mussolini in the 1930s before being renovated currently to be complete by 2020.

Augustus wife 2 years so killed sons so Tiberius everyone buried here. Agrippa buried here when the Panthenon was  built.

There are 2 replicas of the Panthenon both 10m smaller in respect of the architect. They are also different as half buried. The Tiber river floods and the whole city was buried. Work in the Middle Ages started to rebuild on top of old ruins. In 2017 modern day Metro tunnelling is always halted because they keep finding something of historical reference!

Whole block palace Borgesso family 1500 shields are covers up the balls but eagles are still there like the park. Now property of state politicians use it for meetings and a private nightclub for inside employees. Very private. The Spanish steps are round the corner.

Highlander Bar – Original pole still exposed. The foundations of building original spaces from 2,000 years ago hence ventilations of rooms underneath .

Genius 24 bc back from a battle with Germany he won and build a tomb and  temple for the gods who have him victory. All bronze gods which were melted and used in the Vatican and around churches. Roof covered in brass and Marcus Agrippa inscribed.

Nero and the fire destroyed the building. Hadrian rebuilt it left the Grippa inscription as humble honour.

The Panthenon has 8 Niches inside – starting from the right, the first is the Italian king, the second is the 2nd king (the 3rd his wife)

Rahael died of syphilis when he was 39 he’s the 4th statue. Sounds like a party animal.

Biggest cement concrete circle in the world at 5,000 tonnes. The foundation is on show under the exterior walls which are a metre and a half thick. The roof diameter hole is 43.30 meters or 142ft and also served as a calendar and clock with the sun (When it wasn’t raining) The Oculus – eye of the Gods.

Same top to bottom – Heights and width as the perfect sphere calculated to exact centre. Michaelangelo built the basilica 1m less bit exact as a sign of respect and in Florence theirs is 2m less so 3 in the world. The floor is made of marble. The Bronze is from when it was built the first time. To keep the ceiling stable and light it’s constructed of cement mixed with volcanic rock.

Agona means games 85 after Christ, it used to be for games and seats, 30k spectators. Then the Panthe family bought the square, unfortunately went bankrupt and sold the house to Brazil now the Brazilian Embassy.

Bernini and another top artists were huge rivals enemies – he did the church. Bernino won the contest with marble for the fountains of the 4 rivers

Built in 1650 there were only 4 continents considered at that time, here are the rivers:

Fountain restored by Bernini and the other side is Neptune fighting with octopus. When we went in early October 2017 it had just been cleaned and opened the day we did the walk.

We also walked past the Sports stadium first ever – track and field etc.

Holy Hear every 25 years to the Vatican pope opens the doors close the next 25 years last 2016 and the next will be 2025. The first was in 1300s in the holy year start at the holy street at the square.

Castelle st Angel (Castle Of angel_ here lies Hadrians tomb. On the bridge there are 12 sculptures 2 are Peter & Paul and Bernini built the 10 angels each angel holds one passion of Christ in memory of the last hours of Christ – Built in 1835.

Dome filled with pine trees white marble roof then bought the Vatican now there is a secret passage from one to the other. Apartments on top of castle for the pope should he need it also used as a prison. The Vatican gave to Rome

Vatican’s biggest Grecian temple in Rome 134 feet high. In 590 Pope Gregory 1 was reported to have the plague and an angel cured him. St. Peter’s church basically in he middle and the famous Dome painted by Michaelangelo.

Please feel free to email me with any factual corrections – I was taking notes on my phone as we were walking around Rome. Our guide from RomeFreeWalkingTour was Lucio an architect with 5 years’ experience and it took 2.5 hours – worth it! 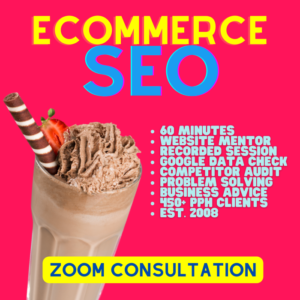