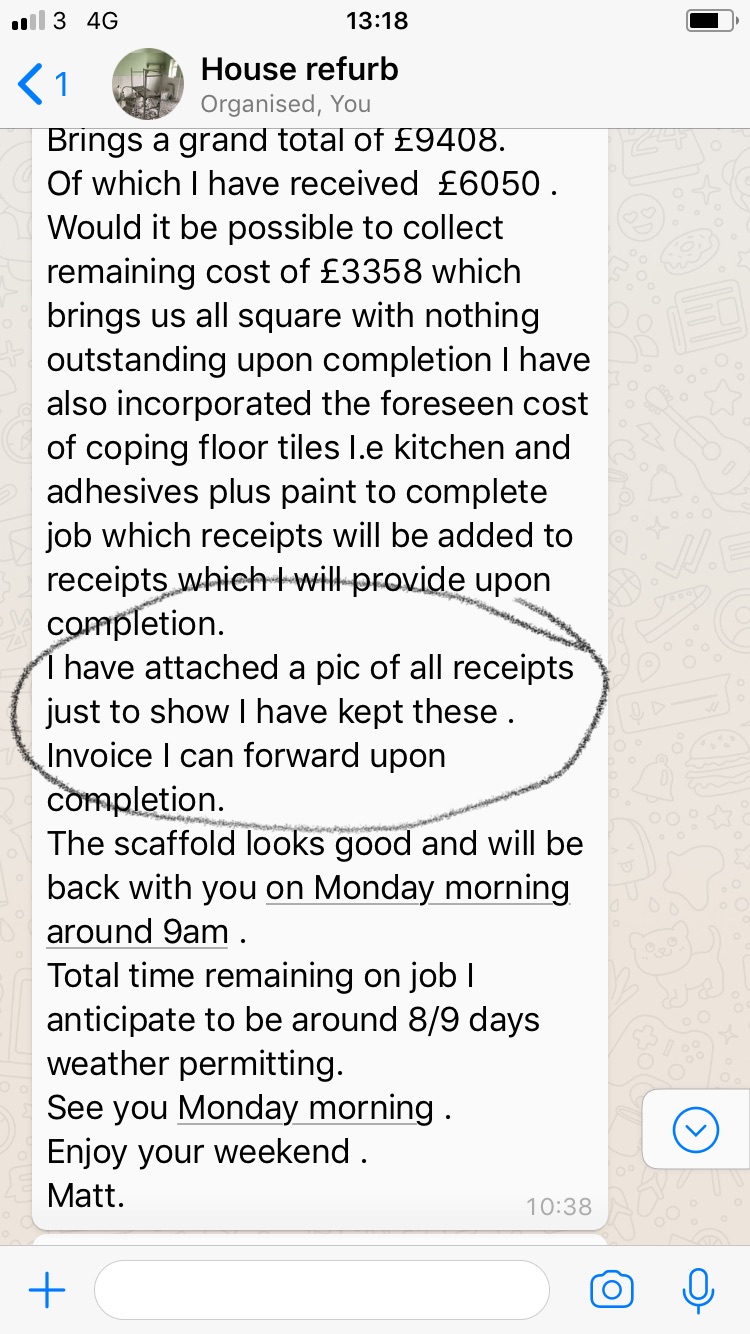 Long story short, paid over £10,000 for building works to be carried out to my property and was overcharged so I logged on to the Government Small Claims Court to reclaim the £500 overpayment and Matthew Carpenter began a false negative Google Review campaign for my company. I received 3 negative reviews on my profile in 24 hours! 2 out of 3 accounts were created earlier that day.

Copy and paste this link into a browser: https://www.ratedpeople.com/profile/right-way-building-services-bristol/

Below is proof that the bailiffs were sent to recover the overpayment.

Bristol Civil Court reported to me that the bailiffs visited in October 2018 and were told that Matt Carpenter had moved address 6 months prior.

This would have been March 2018 when he was in the middle of working on my property.

This was not the truth, so I instructed Bristol Civil Court to revisit in an evening which was a success and Matt Carpenter was identified and served the Court Order to pay. 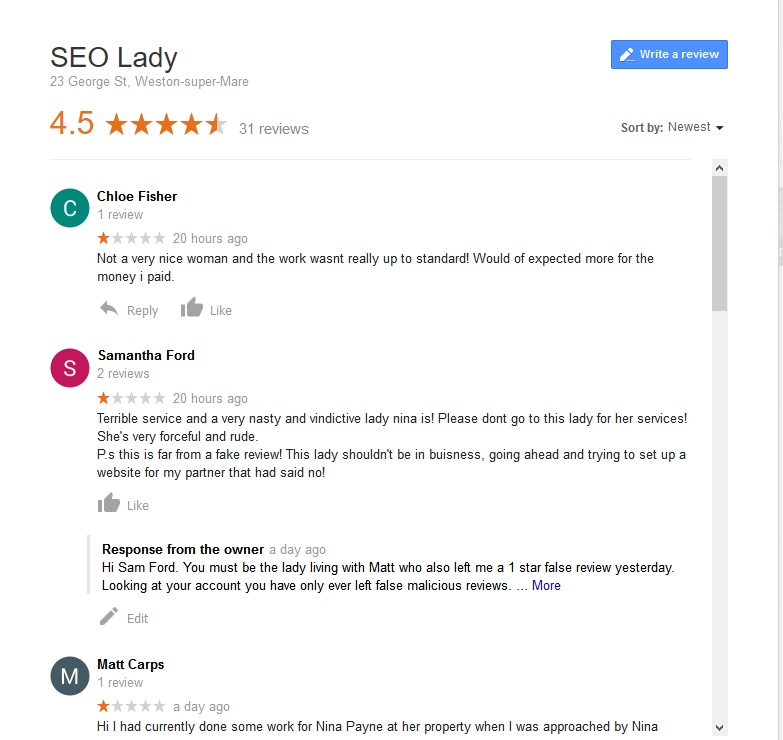 He’s almost impossible to find online, even his Facebook page has been deleted

No Invoice, Missing Receipts and No Breakdown of Costs

Of the receipts we have been given there are queries on a jewson one for £208.50 which is actually a price enquiry not an invoice and there is an actual receipt for similar items a couple of days later.

There is also a charge on a different receipt for a stepladder that has been bought for £92.

The difference between the amount paid and receipts given, plus the 2 mistakes is a total of £467.55. 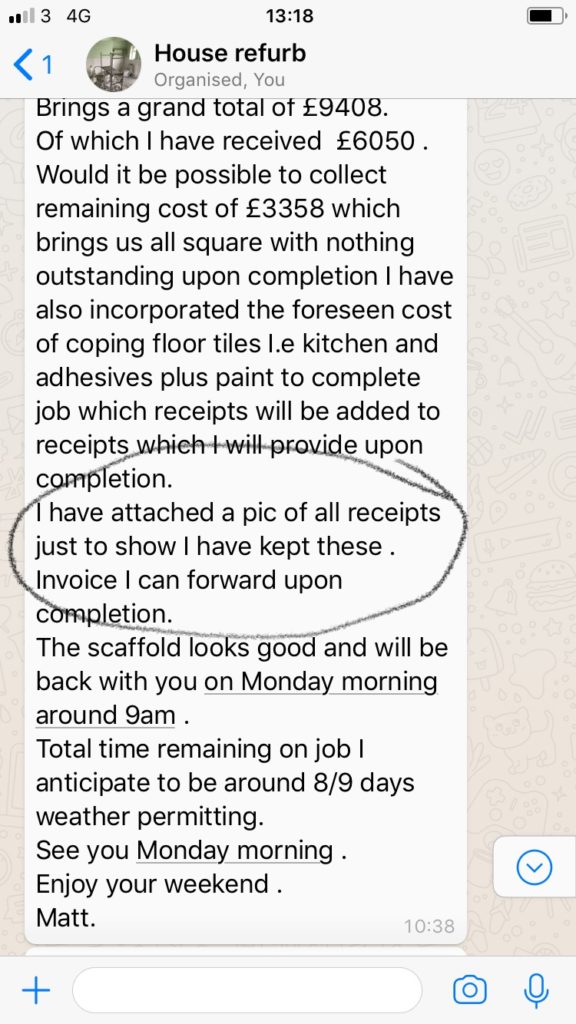 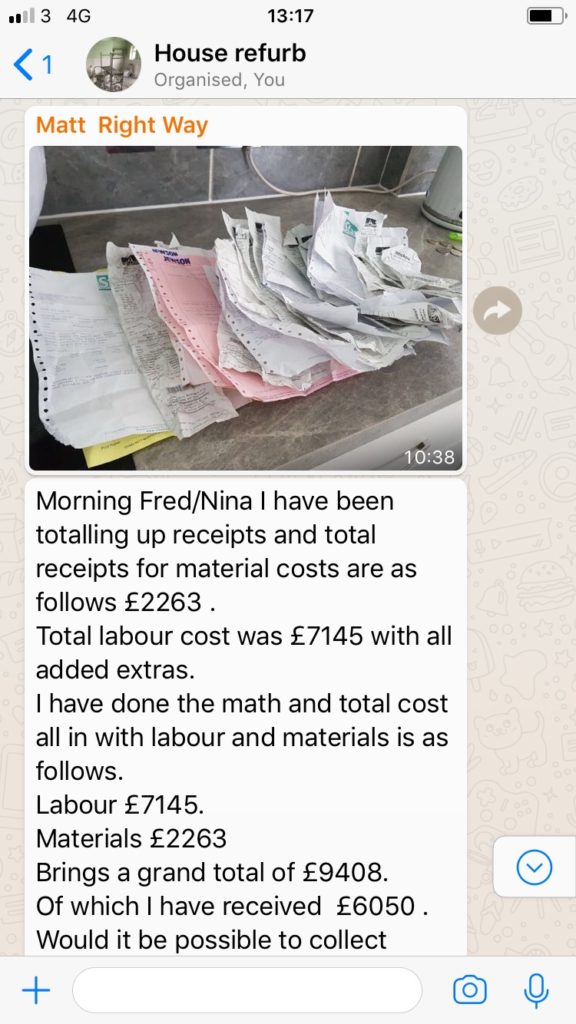 Poor Communication and Days Off With 8am Notice

When you know you are not going to be in work you always give people enough notice, well I do. We were left frustrated on many days when Matt would WhatsApp at 8am and cancel on serval occasions 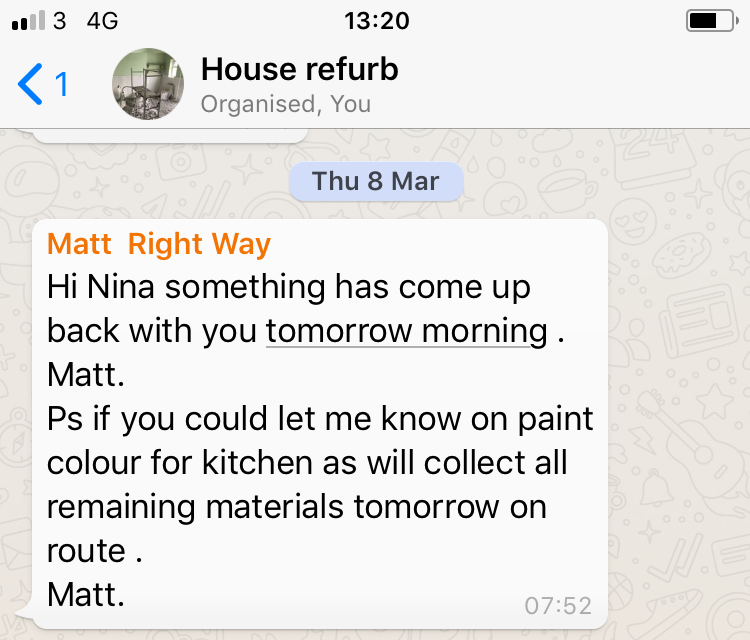 Poor Communication – What Would You Do If 3 Tonnes of Sand Turned Up? 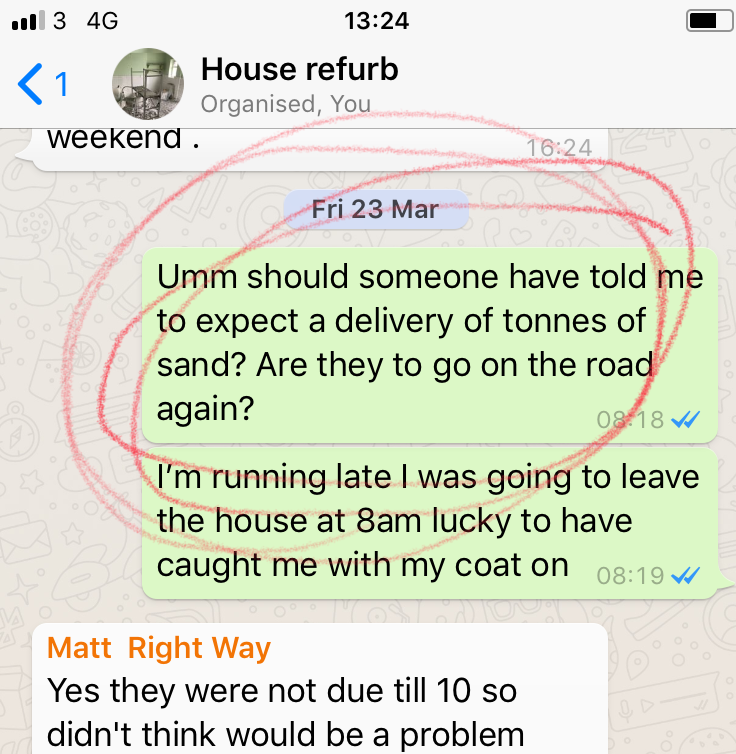 Honestly I had no idea what to say when the delivery driver turned up before 8am and asked me where I wanted the sand. What sand? Don’t know anything about any sand?

Matthew Carpenter signed my recorded delivery letter in which I wrote and said if he is not able to provide receipts and an invoice / breakdown of costs I would take legal action. No response. 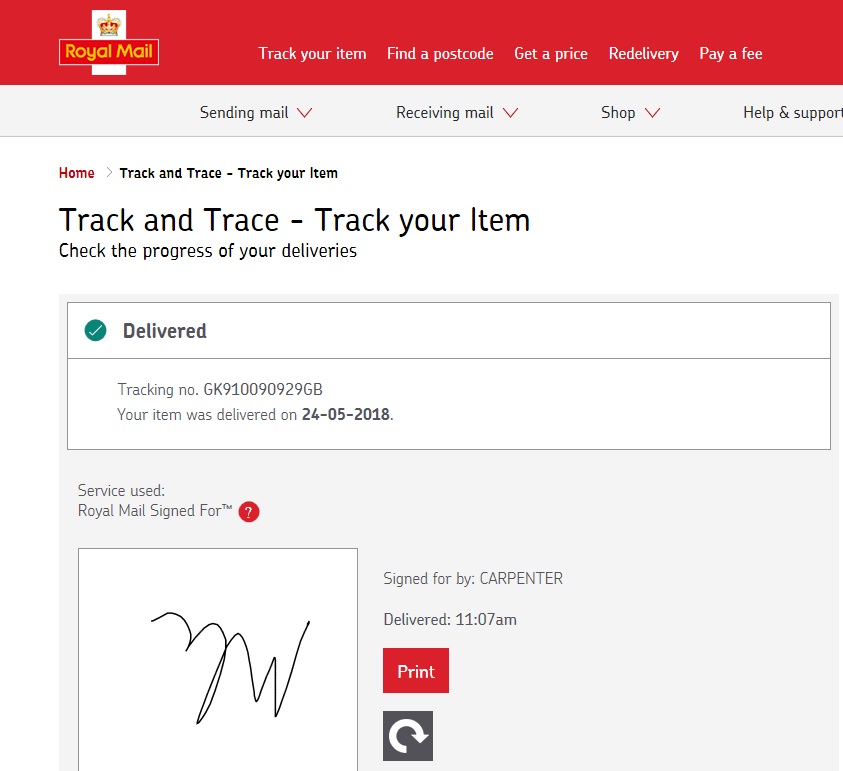 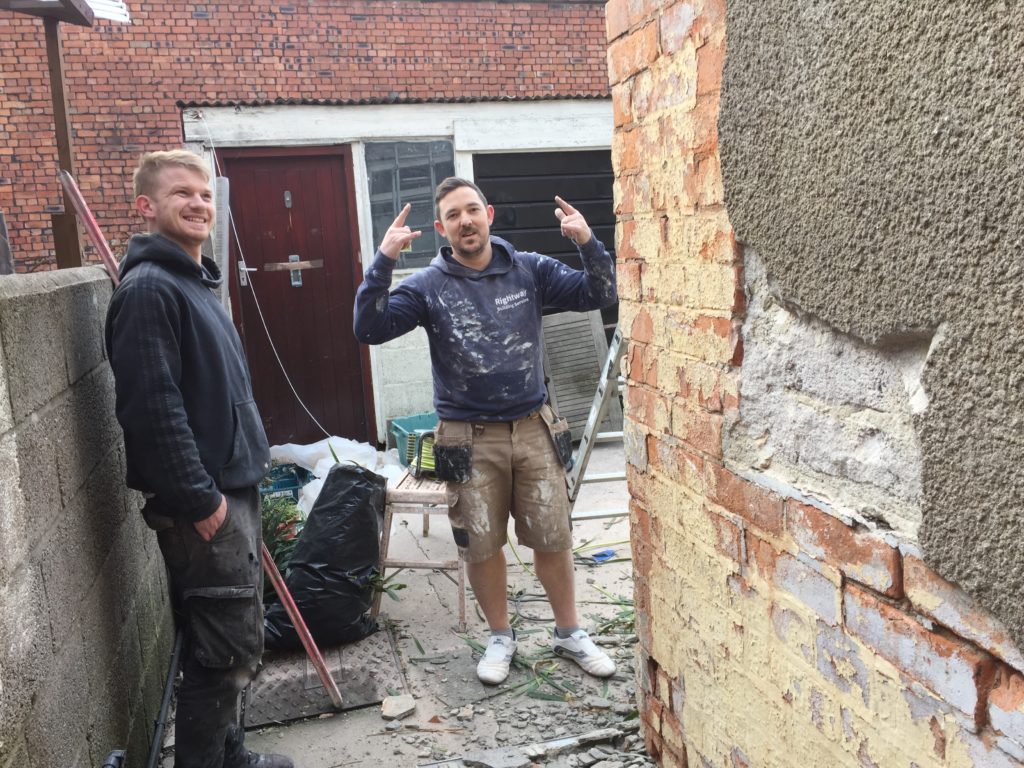